What is a phono cartridge alignment protractor?

An alignment protractor is a tool for aligning the stylus of a turntable cartride as precisely as possible to two null points. This is an important step when setting up a record player. Precise alignment minimizes noise and inner groove distortion. Vinyl records sound better and last longer with a well aligned needle.

Is cartridge alignment with a protractor the same thing as setting the stylus overhang?

Yes, but a protractor not only determines the correct overhang. It sets the offset angle as well. As there are many different alignment geometries to choose from, the overhang and angle determined by a protractor may be different from the geometry specified by the manufacturer, though. When setting up a turntable, it is important to stick with one geometry. Setting the overhang as specified by the manufacturer and then trying to set the offset angle with a ramdom two point protractor will not work. It is a mistake that is commonly made.

How does turntable cartridge alignment work?

With a pivoted tonearm and the phono cartridge mounted at an offset angle, there are usually two null points at which the stylus is perfectly tangent to the grooves on the record surface. At these points the tracking error is zero, so no additional distortion is caused by the stylus being at an angle. The exact location of the null points also determines where on the record one will hear the most tracking distortion. The stylus can only align to both null points at one particular overhang distance and offset angle. A turntable protractor is the tool that will help you set this alignment.

2-point protractors and sightline protractors are universal and can be used on any turntable (provided the slots in the headshell are long enough to allow for the chosen alignment geometry). Arc protractors on the other hand are designed for a particular record player’s pivot to spindle distance.

What makes arc protractors so easy to use?

The great advantage of arc protractors is that overhang and offset angle are set independently. This makes aligning the cartridge easier than with a 2-point protractor. Accuracy is easier to achieve than with a sightline protractor.

Which kind of turntable protractor is the best? Universal 2-point, sightline or arc protractor?

If the pivot to spindle distance is known, using an arc protractor generator is highly recommended. If it is unknown, a universal protractor has to be used. The geometry can be set to the same specifications for either alignment tool, so the results should be the same if carefully done.

Where can I get a protractor for my turntable?

This site allows to generate all types of alignment protractor free of charge. They can simply be printed out with a home printer. No download of software required.

How can I download a protractor for cartridge alignment?

Use one of the protractor generators on this site, open the browser’s printing dialogue and select “save as PDF” instead of a printer, but keep in mind that the dimensions of the resulting PDF may not be 100 % accurate. It is usually better to print directly from your browser. To save a generated protractor for future use, the best solution is to bookmark it or save the URL. It is also possible to share your protractor with others by simply sending them a link.

Which alignment geometries and groove areas can I choose from?

The alignment tools on this site support them all. They will calculate null points for Baerwald, Löfgren B and Stevenson alignment geometries. IEC, DIN, JIS standards for the grooved area of the record can be selected as well as custom dimensions for the groove area and custom null points. The arc protractor generator can even calculate null points from the pivot to spindle distance, overhang and offset angle as specified by turntable manufacturers, making it easy to replicate stock alignments.

Which is better, aligning the cartridge body or the cantilever?

Why not use an overhang gauge instead?

There are various types of overhang gauges that come with turntables. Gauges are tools for setting a certain headshell tail to stylus tip distance. Some manufacturers only specify this distance instead of providing a gauge. The actual alignment geometry depends on the dimensions and shape of the tonearm. With the cartridge squared in the headshell at the specified distance, the correct overhang and angle should be set. Overhang gauges make alignment quick and easy, but they are not the most accurate tools. When carefully done, good results can be achieved. To double check an alignment performed with an overhang gauge, please make sure to generate a protractor that matches the alignment specified by the turntable manufacturer precisely. A Baerwald protractor will not be compatible with a Stevenson alignment, as used by many Japanese turntable manufacturers. And Stevenson protractors will only be good for double checking when designed for the right inner and outer groove dimensions.

How does one measure stylus overhang?

Does every cartridge require precise alignment?

Spherical (also known as conical) styli are less sensitive about alignment than more advanced types such as elliptical, microline or Shibata styli. This means they are easier to set up, but you should still try to align them well for best results.

What else do I need to know to set up my turntable?

What is cartridge loading and why does it matter?

The phono cartridge forms a resonant filter with the input of the phono preamp. If the technical parameters are well matched, the frequency response will be close to linear.

What is cartridge compliance?

The cantilever of a turntable cartridge has a certain stiffness. It pretty much acts like a spring and is part of a mechanical system that involves the entire tonearm. This system will resonate at a subsonic frequency. The cartridge compliance needs to match the tonearm well, otherwise this resonance may cause problems. Use the resonance calculator to figure out whether a cartridge will work well for your record player. 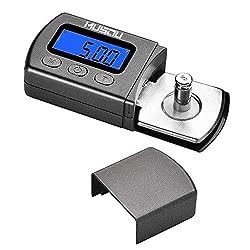